The Covid-19 vaccine is not required to attend the Mississippi State Fire Academy. We have now moved to testing and prevention practices.
We highly encourage first responders to get the vaccine if it does not interfere with beliefs or personal choice. 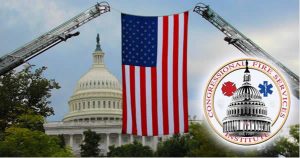 Yesterday, Congress approved an omnibus spending bill to fund programs and activities of the federal government for the remainder of Fiscal Year 2018. The government has been operating on a series of continuing resolutions since October 1, 2017, the beginning of the current fiscal year.

Included in the spending package is funding for several programs of significance to the nation’s fire and emergency services. The Assistance to Firefighters (AFG) and Staffing for Adequate Fire and Emergency Response (SAFER) grant programs are funded at $700 million, split evenly between the two programs. This is an increase of $10 million from the previous year’s appropriation. Additionally, the United States Fire Administration (USFA) is funded at $42.9 million, with an additional $1.497 million for infrastructure improvements at the National Fire Academy. This is a slight increase from the Fiscal Year 2017 (FY17) funding level.

Several other programs received increased funding under the measure as well. The Urban Area Security Initiative (UASI) is funded at $630 million, an increase of $25 million over FY17 funding. The bill also provides $507 million for the State Homeland Security Grant Program, an increase of $40 million. The Volunteer Fire Assistance (VFA) program is funded at $16 million and the State Fire Assistance program is funded at $80 million, increases of $1 million and $2 million respectively. The Urban Area Search and Rescue System is funded at $35.18 million — essentially the same level of funding as past years.

The spending bill will now be sent to the President. 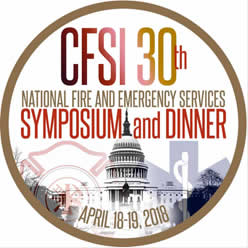 Register for the 30th Annual National Fire and Emergency Services Symposium and Dinner, hosted by the Congressional Fire Services Institute (CFSI) on April 18-19, 2018 in Washington, DC. Attended by approximately 1,500 fire and emergency services leaders from across the country, the event is the largest and most prestigious gathering of fire service officials, featuring important seminars and opportunities for interaction with federal policy makers.