The Covid-19 vaccine is not required to attend the Mississippi State Fire Academy. We have now moved to testing and prevention practices.
We highly encourage first responders to get the vaccine if it does not interfere with beliefs or personal choice.

Nominees will be selected and contacted by the committee prior to the presentation of awards. The awards will be presented during the 2020 Mid Winter Fire Chiefs Conference. The various awards criteria are attached below. The selection committee will do its best to match the awards with the personnel’s actions.

If you would like to nominate a firefighter for an award, the form can be found here 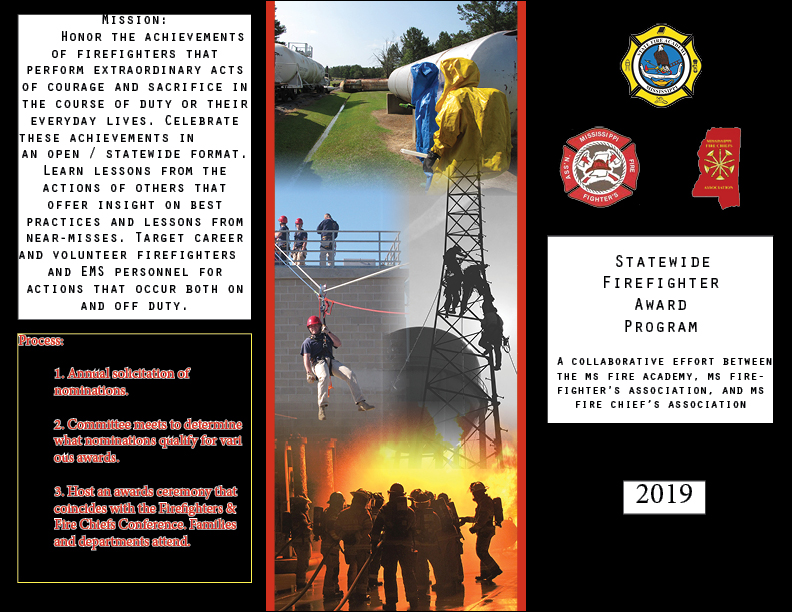 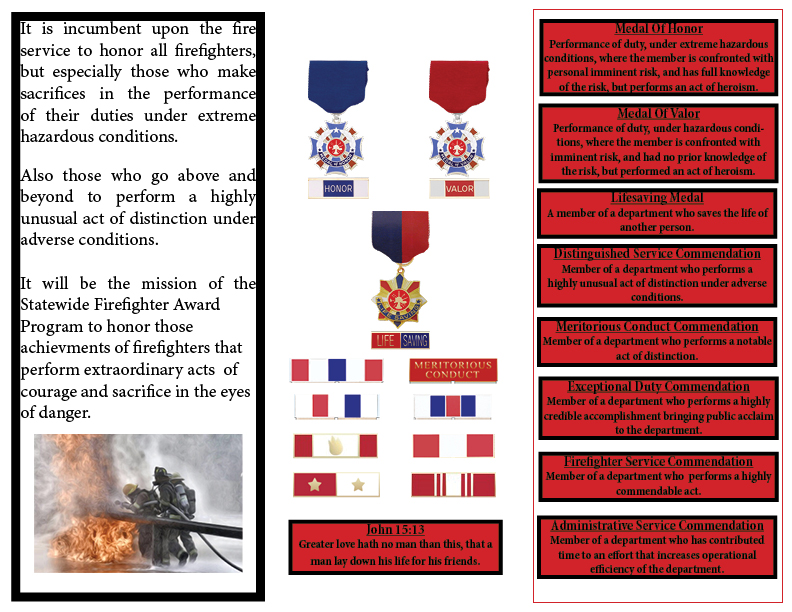